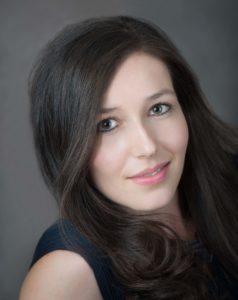 ‘Women in the Trojan War’.

In this talk, Emily will return to one of the oldest stories of Greek myth – the Trojan War – and ask what happens when we look at the story from the point of view of the women. What did Helen really look like? Did the Amazons really cut off one of their breasts to fight in battle at Troy? And who was the Amazon queen with whom Achilles fell in love – and, according to some sources, had a child? Bringing myth and history together, Emily will explore what historical fiction can do for us in re-imagining the stories and the voices of the women of ancient Greek myth. Emily is an award-winning classicist, Lecturer at the University of Exeter, and the author of the acclaimed Golden Apple trilogy that retells the stories of the women of Greek myth. She has been featured on BBC Radio 4 Woman’s Hour and in The Guardian alongside Colm Tóibín and Natalie Haynes, and her debut novel For the Most Beautiful was listed among the ‘28 Best Books for Summer’ in The Telegraph.

Subject to confirmation nearer the time, and depending on the latest public health guidance, talks will be held at Badminton School, Peace Memorial Hall. Please email Barbara Bell (bmbellmini@aol.com) to register your interest. There are no tickets, and talks are free for Bristol Classical Association members, students, and school pupils. There will be a cost of £5 for visitors. Refreshments available from 6.30pm.