Classics for All fundraising event: ‘Roman Emperors through a Nineteenth-Century lens’ – an evening with Mary Beard

Classics for All fundraising event: ‘Roman Emperors through a Nineteenth-Century lens’ – an evening with Mary Beard 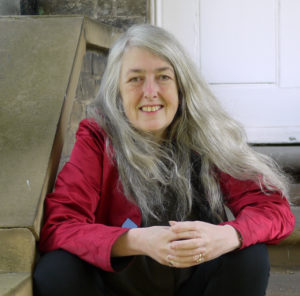 Join us from the comfort of your own home for an exclusive evening with Mary Beard speaking on Roman Emperors through a Nineteenth-Century lens. She will be hosted by Classics for All’s Interim Chairman, Jimmy Mulville, who will put your questions to her at the end of the talk.

This event is the first of our 2021 online fundraising talks hosted via Zoom Webinar. Tickets (£10 standard, or £5 concession) are available to purchase by debit or credit card via the link below, where you will also have the opportunity to top up with a further donation to the work of Classics for All.

You can buy tickets for the event here.

Once you have successfully registered, you will receive an email containing the Zoom Webinar sign up link. You must sign up for the webinar via this form in order to fully register and receive your unique invitation link from Zoom. Please make sure you save this link, as you will need it to access the webinar on the day.

Mary Beard is one of Britain’s best-known Classicists – Professor at the University of Cambridge and Fellow of Newnham College. She has written numerous books including the Wolfson Prize-winning Pompeii: The Life of a Roman Town, the best-selling SPQR A History of Ancient Rome and the thought-provoking Women & Power. Mary has presented highly-acclaimed TV series, including Meet the Romans and Rome – Empire without Limit, hosts a regular BBC television arts show, Inside Culture, and is a regular media commentator. Mary was co-presenter of the BBC landmark series, Civilisations, for which she wrote an accompanying book. She is also Classics editor of the Times Literary Supplement and writes an engaging blog, A Don’s Life. Made an OBE in 2013 for services to Classical scholarship, Mary was further made a Dame in 2018.

Jimmy came to classics at university where he read French and Classics at Jesus College, Cambridge. “In my case, studying classics at Cambridge changed my life for the better giving me many opportunities. It was an engine for social mobility.” Jimmy is Managing Director of Hat Trick Productions, which he co-founded in 1986. Since then, it has grown into one of the country’s leading producers of comedy, drama and entertainment.

If you have any queries about this event, please contact [email protected].